Sanders & Sanders Ltd. (or Sander Bros. as it was first named) was established in 1873 by Brothers William and Thomas Sanders of Rushden, Northamptonshire. William Benjamin Sanders was apprenticed to the shoe and boot trade as a lad, and then went on to working in London as clicker before returning to Rushden in 1871 at the end of the Franco Prussian War, with the vision of setting up his own shoemaking business with his brother.

By 1873, they and their five craftsmen had a workshop in the centre of Rushden town. The labour was hard; the hours were long and with only five men to accompany them they were faced with an on-going endeavour. However it wasn’t long before they moved premises further up the street into a larger building. Despite this the struggle still continued.

The factory began to expand; orders were increasing so William and Thomas began to employ more craftsmen and out workers, in 1912 Sanders & Sanders moved to Spencer road, located on the outskirts of Rushden, taking around 70 workers with them. However the uppers were still being constructed by outworkers in the surrounding area, and were bought back to the Factory to be finished.

As machinery became more advanced, and Charles Goodyear had provided the shoemaking industry with ‘Goodyear welting’ machines, the process sped up remarkably. So as War struck and boots were at their highest demand, the factory was producing almost 6000 pairs of army boots per week. When the war had ended in 1918 the demand in shoes hadn’t, still around 5000-6000 pairs of shoes were still leaving the factory and being delivered to customers all over the country.

Business was booming, profits were up, but tragedy struck in 1924 in what Mr W Sanders himself could only describe as one of the ‘biggest blows’ he’d ever had. On a Saturday afternoon the Sanders brothers were hosting a garden party for members of the firm, when smoke was seen rising from the roof of the factory. Mr Thomas Sanders ran across the road and gained access to the works telephone, rang the fire brigade and retrieved whatever he could from the safe, leaving the rest of the factory to be consumed by the fire. The factory being on the American principle of on floor, with low wooden partitions only between departments meant the factory was beyond hope. The cause of the fire remains a mystery, but it was believed to have started in the clicking department as that was the first area to be completely destroyed when the fire brigade had arrived. A London newspaper reported that the estimated damage reached £45,000.

Profiting through misfortune, the Sanders brothers went on to rebuilding the factory in the most modern, up to date style inside and out and installed the latest B.U machinery. Mr William Sanders was said to have referred to it as his ‘model factory’. The factory was also extended on either side, with a closing and despatch department meaning that the whole process could be done under one roof, which was a first at the present time.
However a year after this ordeal, Mr William Sanders retired leaving the Business in the hands of his three sons, William, Thomas and Leslie. The company is now in its 4th generation of Sanders and is producing over 2000 pairs of the finest quality shoes and boots every week, being awarded the coveted ISO9001 Quality Assurance certification. Today, Sanders & Sanders remains in the same factory on Spencer road as it has done for the past century, and is known throughout the world as the very best in English elegance, and exports to over thirty countries across five continents. 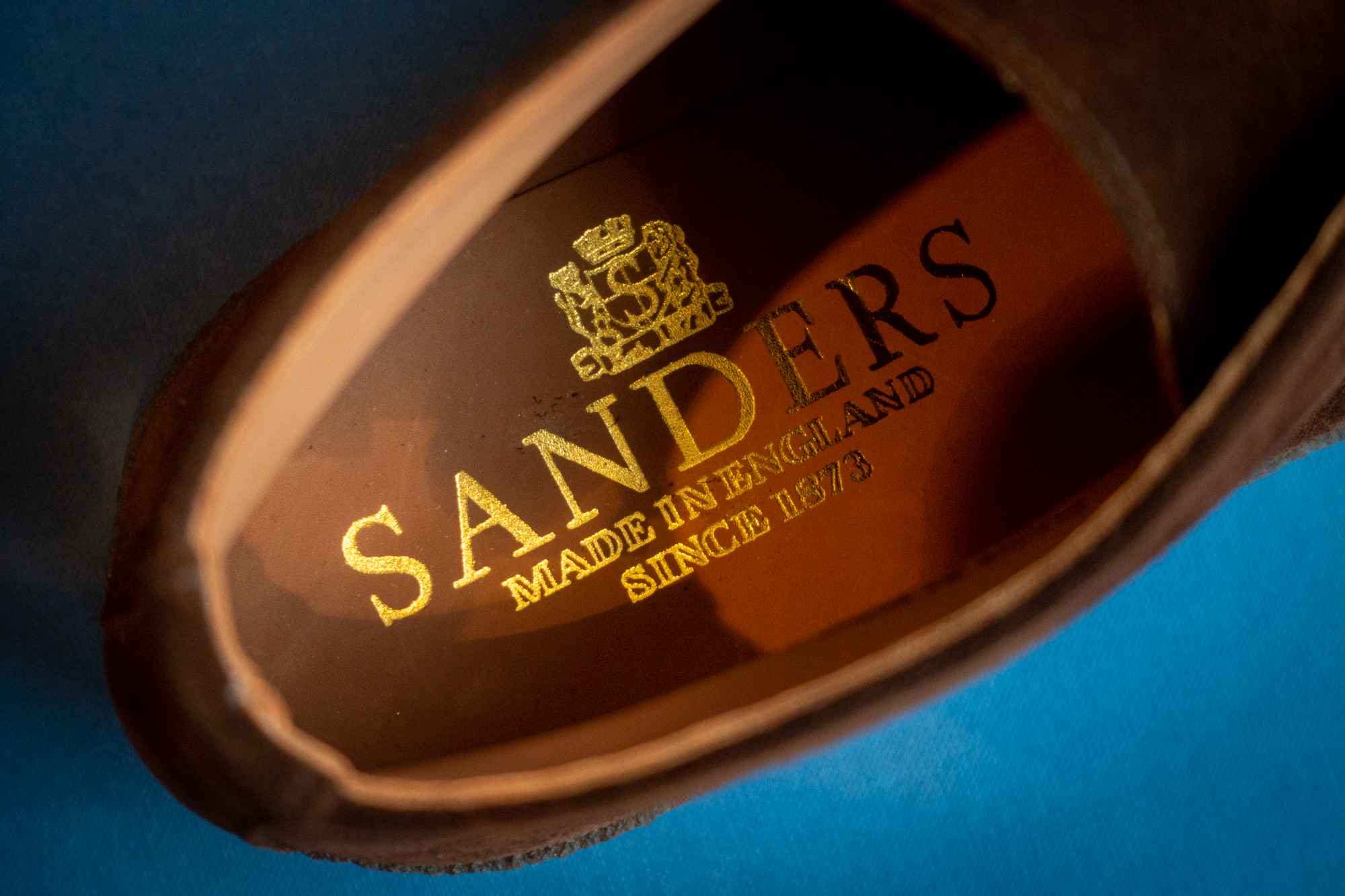