Made by hand without compromise!

The Japanese premium denim brand Momotaro was founded (2006) in Kojima in Okayama, a place where time still passes slowly. The small coastal town moves at an unhurried pace from the rest of the world and simply being there can allegedly make you feel relaxed.

It is a place where tradition lives on and artisans continue to weave their textiles meticulously using techniques passed down through generations. These jeans are ”made by hand without compromise” as the slogan reads.

In the 1960s, the young Japanese customers demanded jeans and they were able to afford them. They imitated American as well as Japanese movie stars clad in denim. But it wasn’t until decades later that the quality of Japanese jeans equalled that of the genuine American jeans. In 1980, the combination of ring-spun yarn and rope-dyeing had a second coming in the Japanese denim industry, a tradition that is continued by the Japan Blue Group.

Momotaro is Japanese for ‘peach boy’. In one of the five great Japanese folklores the peach boy is born out of a giant peach, and he grows up to defeat the ONI and become a healthy and honourable man. Generally it is thought that the roots of the story spark the fires of imagination linking it to U-ra’s Legend, which is also a myth around the Kibi area in Okayama – the area which has always been shrouded in mysteries.

In the present version of the story, Momotaro is delivered from a great peach that drifted down the river to be the son of an elderly couple. In the older version before the early Meiji period (1868 – 1912), Momotaro’s story used to be a story of rejuvenation. It tells the tale of an elderly couple who ate a giant peach they found and were rejuvenated regaining their youth. Their youthful vigor resulted in a baby boy, whom they named Momotaro.

The rejuvenation version the story of Momotaro was created to express the dreams and the vitality of the small island. This was a folk tale not only for children. Momotaro Jeans is also a story of dreamers who have been standing fast with their dream of spreading genuine jeans from Okayama to the world. 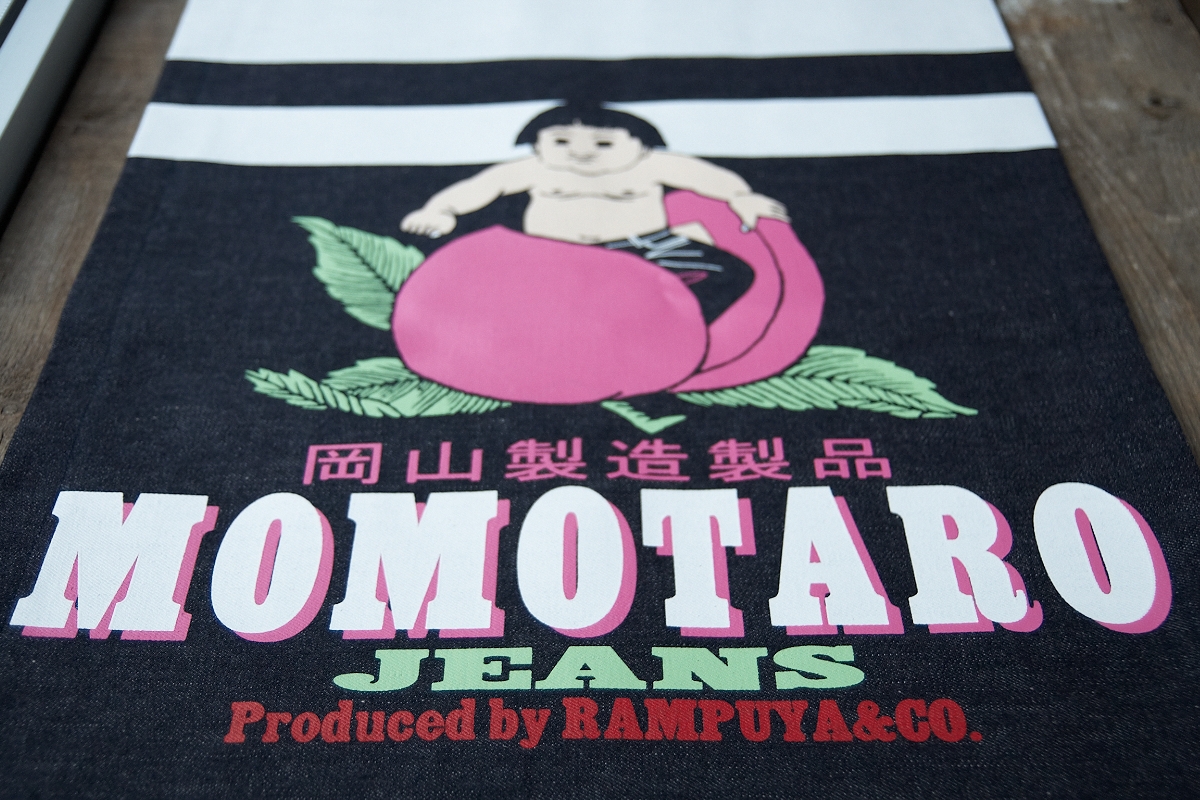