Fred Perry prides itself on being the first British heritage brand to successfully blend sportswear with streetwear to create some of the most iconic styles of the last century. Throughout our history we have always stayed true to our ethos of authenticity, integrity and attitude.

The brand was born in the late 1940s, when former Austrian footballer Tibby Wegner approached three times Wimbledon champion Fred Perry with an idea. Their initial venture was the very first sweatband, which was quickly adopted by tennis players across the courts of Britain. In 1952 the pair launched what was to be Fred Perry’s most famous garment: a slim fit cotton pique shirt with Laurel Wreath embroidery.

From the beginning, Fred Perry – and the tipped pique shirt in particular – has been associated with a whole series of subcultures driven by musical affinities. Mods, skinheads, suedeheads, soul boys, rude boys, two tone. There was even a short-lived subculture known as the Perry Boys. When Britpop took the world by storm in the mid 1990s it was no surprise to find bands like Blur and Oasis sporting the epitome of street fashion credibility.

Today our Laurel Wreath logo is recognisable worldwide, with shops and customers across 50 countries around the globe. The original Fred Perry cotton pique shirt is still made to the same high standards and is synonymous with underground fashion and British cool. We have collaborated with some of the most exciting and respected artists and designers: from Raf Simons to Richard Nicoll; Emma Cook to Amy Winehouse. Fred Perry continues to search out new and interesting associates to bring innovative ideas to our iconic styling. 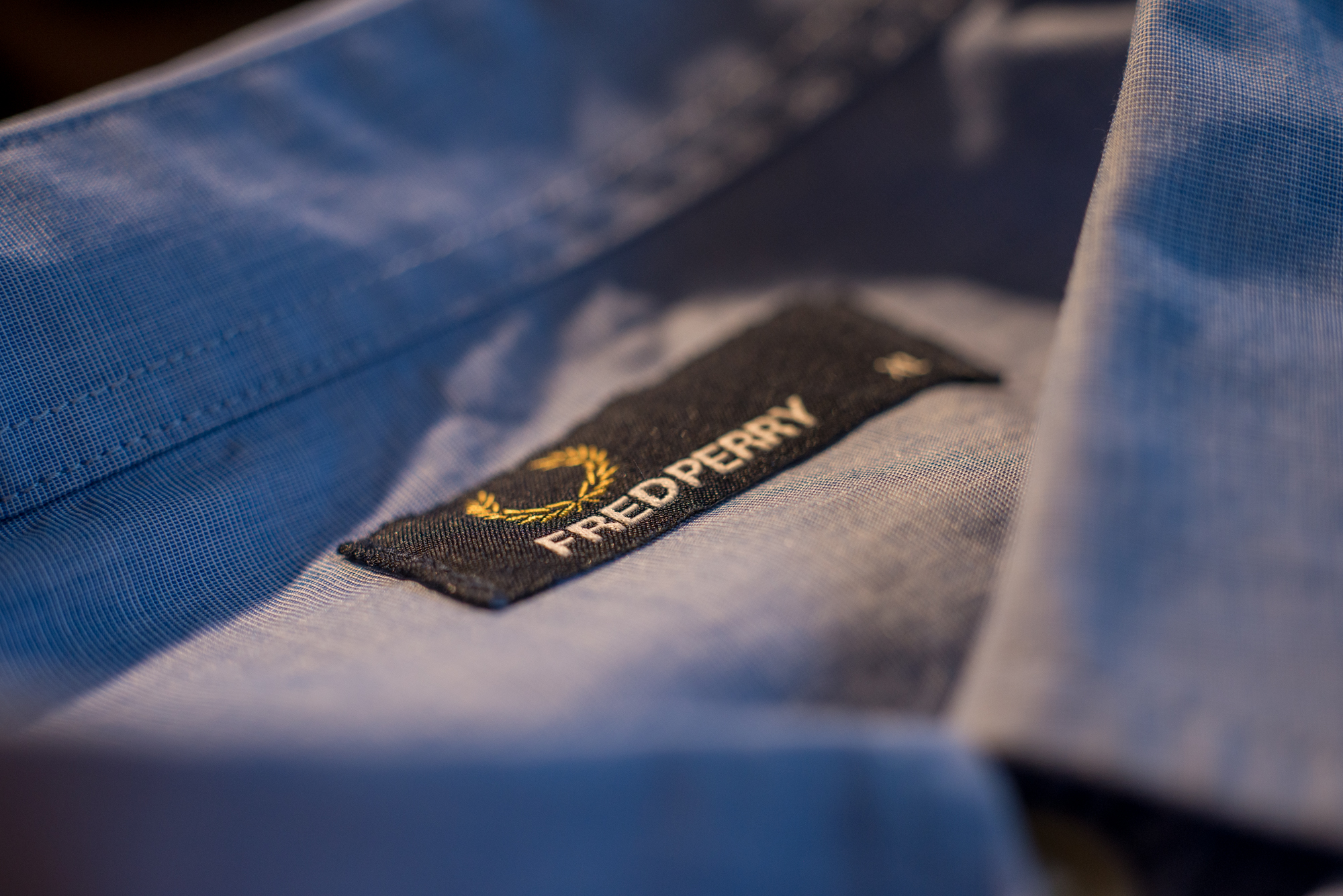